Deepak Mishra, professor and associate head of the Department of Geography, was appointed by the University System of Georgia Board of Regents as the Merle C. Prunty, Jr. Professor in Geography. The appointment and award are named after UGA Geography’s first department head, Professor Merle Charles Prunty, Jr., who served as department head (of what was at the time called the Department of Geography and Geology) for 26 years. The appointment includes substantial annual research funding to support Mishra's scholarly work.

Mishra’s research is centrally focused on what researchers in the field call “blue carbon,” or carbon sequestered in wetland environments, such as coastal marshes or lakes. On a grander scale, Mishra’s focus is on examining how water resources function over time and how their ecosystems respond to climate change. “Let’s say marshes are getting more inundated every year because of sea-level rise,” Mishra poses. “We want to quantify that. We want to be able to determine if these marshes are going to be lost by 2100 if sea-level rise continues at an alarming pace.” Since marshes sequester mostly carbon, researchers like Mishra use marsh loss quantification to predict carbon emission in the atmosphere, which is a growing concern for the long-term effects of climate change. “The fundamental question of my research is ‘what are the long-term trends of carbon sequestered by these wetlands?’”

Whether it’s through flux towers on the marshes of Sapelo Island, smart sensors in lakes, or satellites in outer space, Mishra’s work is considered to revolve around the use of remote sensing techniques in the environment. “[The labs I work in] use a system called cyber-physical systems, which employs a unique way of collecting data,” Mishra postulates. “You take any environmental system, such as a wetland marsh or a lake, and you deploy sensors in it to make the system respond and collect its own data.” Through an early warning system, this method allows the physical environmental system to collect its own data without a person having to manually visit the sensor and download the data. Once the sensor detects levels of carbon in a body of water that is above a certain threshold, a message is triggered to send to the researchers back at their home base to take action. “This is a fairly new technique in the remote sensing community,” Mishra notes. “Before we used to either do traditional remote sampling [of the environment] or look at satellite images [to check for observable traces of algal blooms]. These models aren’t very accurate. My whole goal is to find ways to make the models more accurate by collecting data on the ground and matching them over and over again to perform better.” 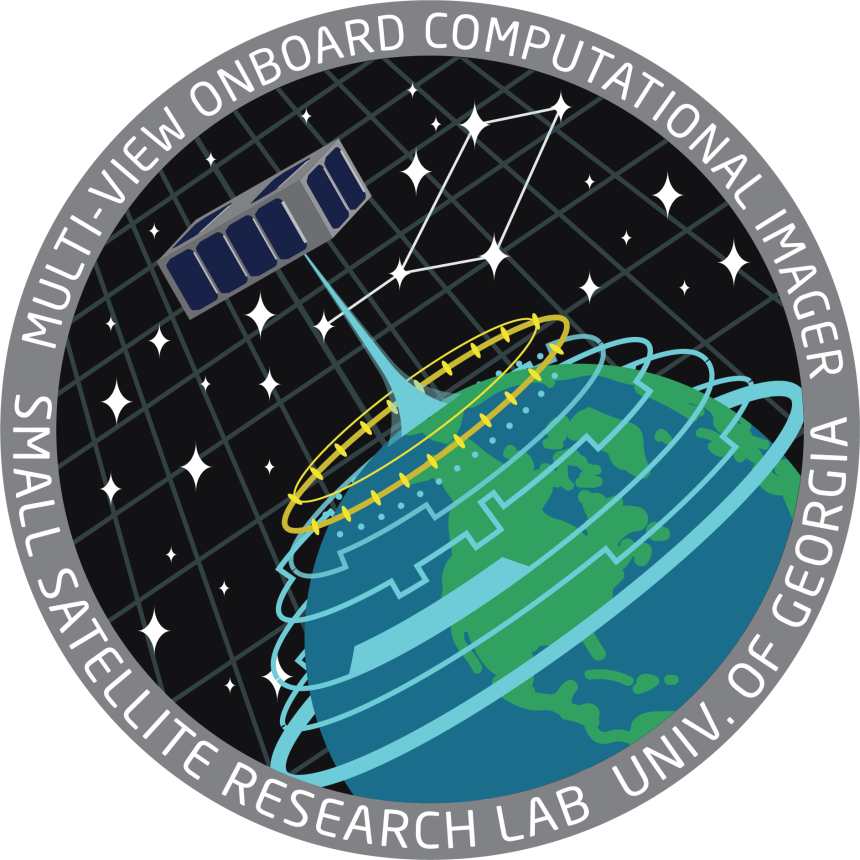 Mishra is also interested in space AI, or artificial intelligence, as it relates to interpreting Earth’s physical environment from a bird’s eye view. As the director of the Small Satellite Research Lab at UGA, he and his students are working on various projects to build and launch satellites into space. One project coming to completion is the Multi-view Onboard Computational Imager. Scheduled to launch later next year, MOCI is designed to take pictures of Earth’s landscapes and process them in orbit. “Satellites typically take an image and send it to the ground station for us to sift through,” Mishra explains. “We, on the ground, don’t want the raw data. We want the satellite processing the data.” This new field of space AI has researchers, like Mishra, working to create satellites that have the capability to process, accept and reject data sets. “Because satellites are becoming smaller, they don’t have the capacity to store a lot of data. So, we want the satellite to do some processing and be able to look at a data set and say ‘no, this data is bad’ and delete it itself to free up storage.” Mishra and his team are the first in the field to attempt to build and launch a satellite like MOCI. Their ultimate goal is to have their satellite take multiple pictures of the same environmental landscape and create a three-dimensional model of it, where the model will then be sent to the Small Satellite team via the ground station atop the Geography-Geology building. “Instead of getting the raw images and processing them ourselves to create a 3-D model,” Mishra explains, “we’re going to see if we can get the 3-D model sent to us from the satellite, and all we have to do is print the map.”

This field of space AI is an extension of a budding field in geoinformatics referred to as GeoAI, or geospatial artificial intelligence. “GeoAI sits at the intersection between remote sensing and computer science,” Mishra explains. “Computer science deals with data. Geography deals with data but with a location association, which is an extra set of data points. We, as geographers, want to know not only what's happening, but where it is happening and how whatever is happening here may be linked to whatever is happening over there.” In a GeoAI model, everything that is ingested into this model is used; nothing goes to waste. “Take a tweet, for example,” Mishra explains. “An AI model will extract everything it can from it. If the tweet has a photograph and location is enabled on the phone, then we can get a location of where the photograph was taken and match that location with a satellite. As you put in more and more data into this model, the better your model gets. It starts to predict more accurately.” As an extension of computer science, Mishra notes the growing subdiscipline of GeoAI will help revolutionize how we retrieve, extract and utilize data sets, and it will even more so have lasting implications of how the information we get from these AI models.

To learn more about Dr. Deepak Mishra’s work, please visit his directory page on the Geography Department’s website. You can also follow his work at the Small Satellite Research Lab, Georgia Coastal Ecosystems LTER, and UGA’s Institute for Artificial Intelligence. 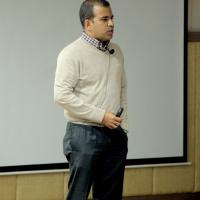